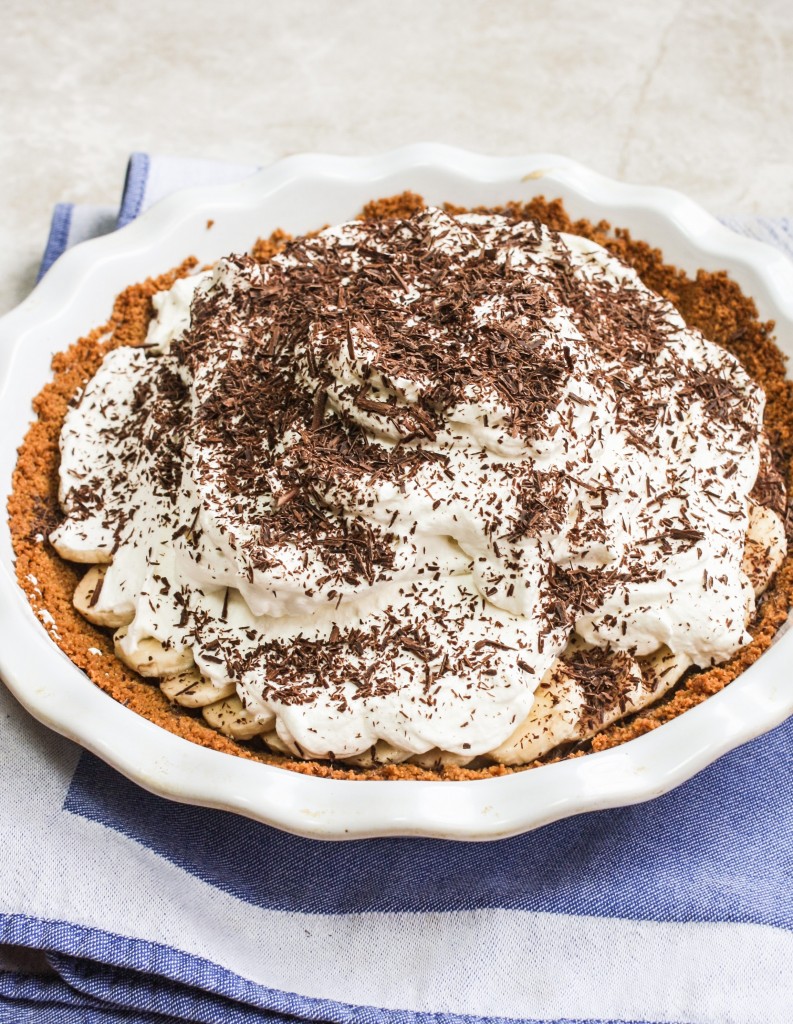 I’ve been an anglophile for as long as I can remember. I love British culture, their way with words, their fascinating history and yes – even some of their food. I recently became hooked on The Great British Baking Show, which you absolutely must check out if you haven’t done so already. After watching the show, I can definitely confirm that the Brits deserve their reputation for being excellent bakers. Their prowess and creativity inspired me to bake a classic British dessert, the oddly named Banoffee Pie. With banana + toffee flavors (hence the name), this is a seriously delicious dessert that you’ll definitely want in your baking repertoire. 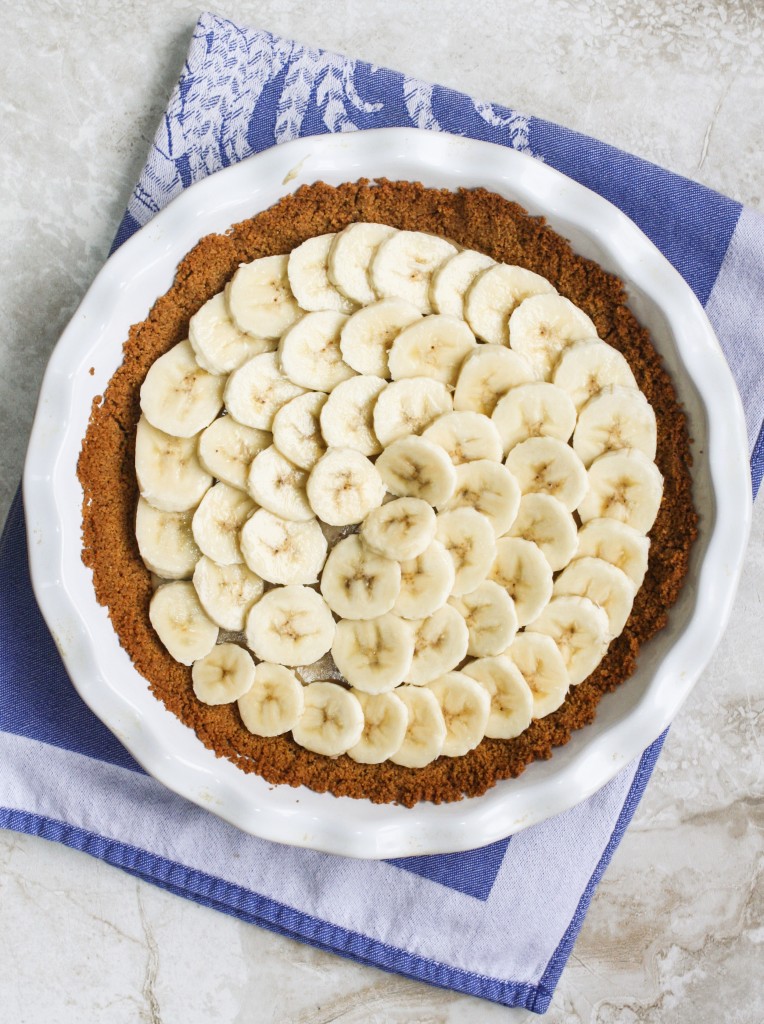 Banoffee Pie was first made at a pub called The Hungry Monk in the 70s. With a thick layers of caramel, sliced bananas and piles of whipped cream, it has since become one of England’s most cherished desserts. It seems that there are many different versions floating around – some people love making a crust out of digestive biscuits, while others make a more traditional pie crust; some top the pie with chocolate shavings, while others add some chopped up candy bars. Even the method of making the caramel can differ. The most traditional method involves boiling an unopened can of condensed milk for three hours, but I became a little scared once I read warnings of caramel explosions if done incorrectly. There are much quicker routes out there, one of which I opted for instead. I like that everyone has their own take on this dessert and enjoyed taking ideas from several different recipes. 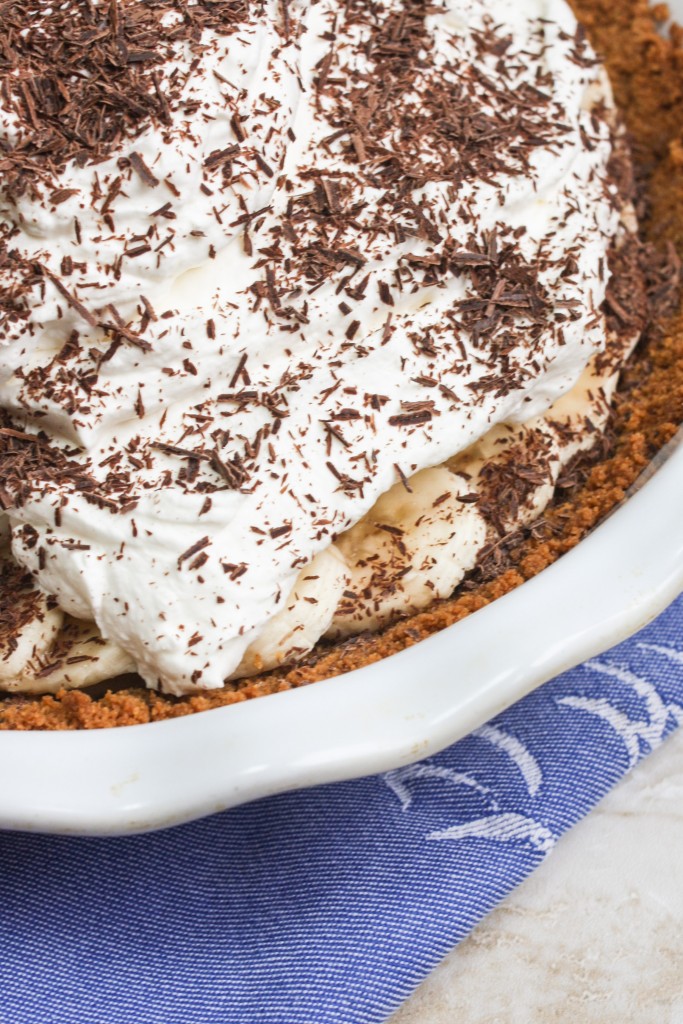 What I love the most about this dessert is the variety of flavors and textures within it. It has a crumbly and buttery crust that pairs so well with the dense, gooey caramel. The bananas freshen everything up and ensure that the dish isn’t cloyingly sweet, and the fluffy whipped cream offers a great contrast between the other heavier elements. I liked adding shaved chocolate to mine, but I’m sure some chopped up Heath bars would be wonderful too. It’s easy and fun to make and is sure to please a crowd. 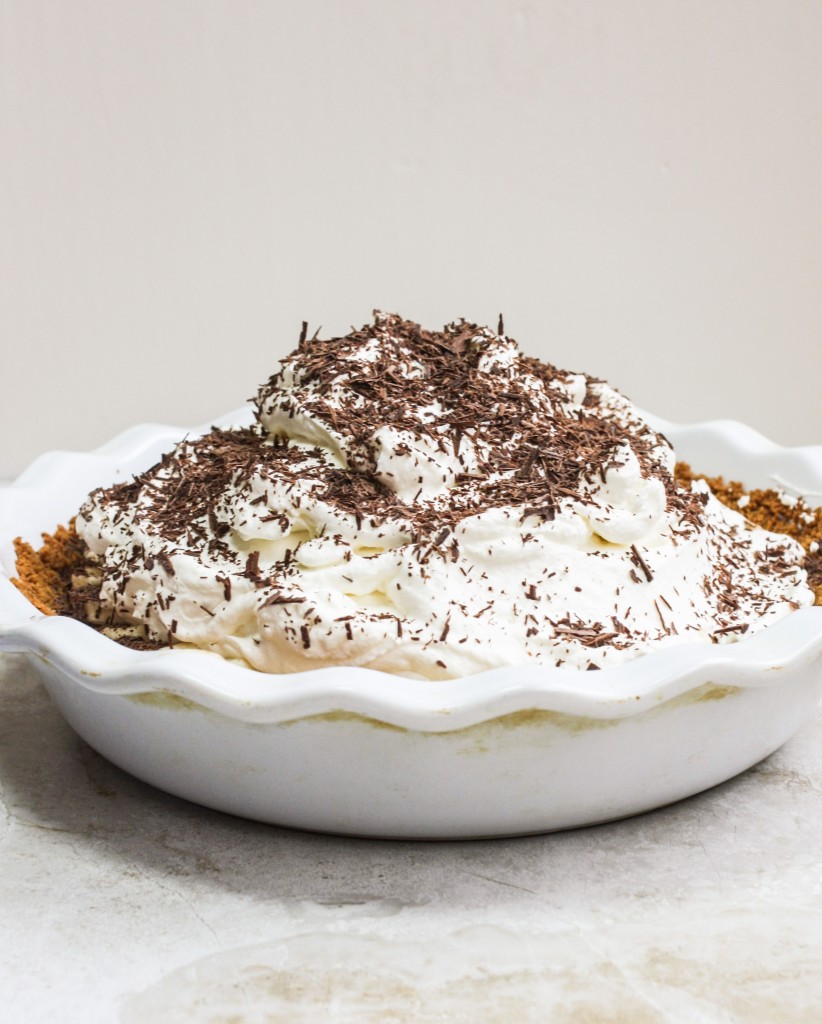 If you can find digestive biscuits, feel free to substitute them for the graham cracker crumbs in the crust.

If you’re looking for an even easier method for the caramel, a great substitute is ready-made dulce de leche.

I use a y-peeler to make the chocolate shavings – simply drag the peeler along the edge of a bar of chocolate. 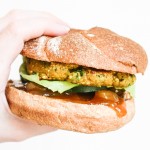 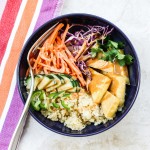 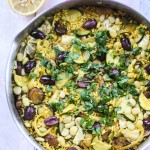